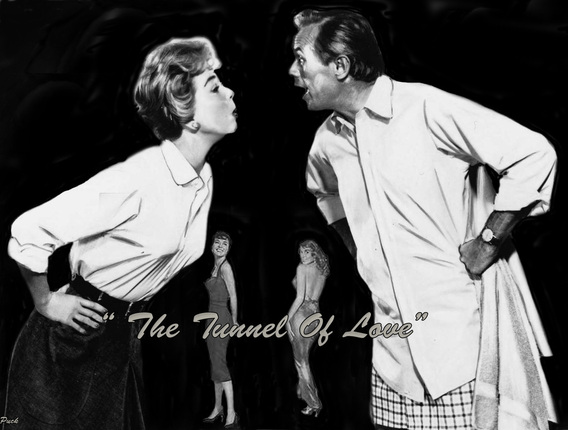 "One key question remains at the end of the film: Why did anyone involved want to make this movie? Doris Day, Richard Widmark, and Gene Kelly, were all at the height of their powers in 1958 and surely had their pick of dozens of possible properties. Kelly, who could be a terrific director of musicals, has here made a film that forms an unbecoming bookend with his 1967  A Guide for the Married Man: Both films share the unfortunate underpinning of finding a husband's infidelity an occasion for hijinks and all-around good fun. For her part, Day's involvement stemmed from husband Marty Melcher's status as the film's coproducer. Perhaps the only charitable assessment is to point out that husband and wife would make better choices in the future."  - Considering Doris Day By Tom Santopietro

"This is no criticism of Richard Widmark, who is one of the finest film actors we have and who actually started his stage career playing light comedic parts. It's simply that the public fixes an impression of an actor, they accept him in a certain guise and they don't like him to stray too far from it. Widmark had established himself in serious material and they weren't prepared to accept him in this light, sexy part. The public creates type-casting, not the actors - unfortunately." - Gene Kelly from The Films of Gene Kelly: Song and Dance Man 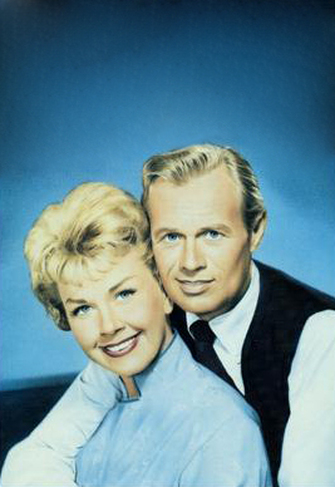 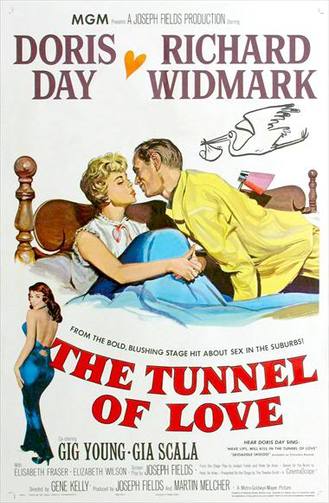 After a hugely successful comedy with Gable, this one (co-starring Richard Widmark) did not match the popularity.  Again, lack of screen chemistry between the co-stars was probably the reason.  The title song did make it into the hits of the year.

A 1958 romantic comedy film based on the Broadway hit by Peter De Vries and Joseph Fields. The film follows a married suburban couple who for reasons unknown, are unable to conceive a child and soon endure endless red tape on a path of adopting a child. The film is the first directorial effort from Gene Kelly in which he did not also star. Doris Day received a nomination for the Golden Globe Award for Best Actress

Isolde and Augie Poole (Doris and Richard Widmark) have been trying to have a baby, their efforts so far without success. Isolde is a little uptight because of this lack of success, Augie a little uptight because that's his general nature. They aspire to the life of their best friends and next door neighbors, Alice and Dick Pepper (Gig Young and Elizabeth Frazer), who have three children already with another on the way.

But the one thing Augie doesn't aspire to is Dick's womanizing ways, despite Dick telling Augie that playing the field may make him less uptight, which Dick sees as one of the reasons why the Poole's haven't yet conceived. While the Pooles keep trying, they decide to apply to an adoption agency, Rock-a-bye, with the Peppers as their primary reference. When Estelle Novick (Gia Scala), Rock-a-bye's case investigator, comes for her first visit, Augie and Dick, initially unaware of who she is, make a worse than bad impression (Dick hits on her), and she turns down the Poole's application right then and there.

Miss Novick does come back, deciding to give the Pooles a second chance. On Dick's advice, Augie decides to let loose with Miss Novick. The next afternoon, Augie awakens in a motel room unaware of what happened in the preceding 18 hours; he is under the impression that he and Miss Novick had a tryst. Three months later without having heard from Miss Novick or Rock-a-bye, Miss Novick does come by for her last visit as she is taking an extended leave from her job. Augie is under the impression that she is pregnant and is going away to have his baby, which she is going to give to the Pooles.

Nine months after Augie and Miss Novick's supposed tryst( during which time Augie has been more wound up than ever), Rock-a-bye calls the Pooles with news of a baby. Although Augie is nervous, he is also all consumed with the idea of adopting his biological child. The baby does bear a striking resemblance to Augie, a fact not lost on Isolde, who ultimately confronts Augie with her suspicions. Only Miss Novick can truly explain the situation.

Weeks afterward, as the physical similarity grows, Isolde becomes more suspicious. When Isolde has Augie's baby picture blown up and Alice mistakes it for the baby, Isolde furiously accuses Augie of infidelity and declares she is leaving him. As Isolde is packing, Miss MacCracken returns to make an inspection of the couples' first month with the baby. Realizing that the couple is breaking up, she declares she must make a report to the agency, but Augie pleads for a week and Miss MacCracken agrees. Desperate to stop Isolde from leaving, Augie then confesses the incident with Estelle. Just then, however, Estelle arrives to congratulate the Pooles and repay Augie the loan. She explains the money made it possible for her husband to continue his research in Australia while she had her baby girl.

With her husband's success at publishing a book on his work, she and the baby will join him in Australia. After showing the Pooles a picture of her baby girl and admiring how well the agency did placing the Pooles with their baby, Estelle departs. Isolde apologizes to Augie for her suspicions, then admits to feeling unusual. The Pooles then realize that Isolde is pregnant and retire to the house to celebrate.

August 'Augie' Poole: [Isolde has confronted him on the mysterious imbalance of 1000 dollars in their bank account] "Oh, what a tangled web we weave when first we practice to deceive." Who was it said that?
Isolde Poole: The cashier at the Westport Bank.

Isolde Poole: I bought a dress at Bonwits. A lovely watermelon shantung.
August 'Augie' Poole: Fine. Now you've got something fit to wear into Saks.

August 'Augie' Poole: Maybe I'd better get a regular job, and forget about art.
Isolde Poole: Never! Never to my dying day will I let you settle for anything less than you want to be.
Isolde Poole: If Van Gogh had been married to a woman like you, he'd still have both his ears.

"The Tunnel of Love" - Performed by Doris Day over screen titles

"Have Lips, Will Kiss in the Tunnel of Love" - Performed by Doris Day

This was the first time that Gene Kelly directed a movie that he did not star in.

In an outdoor scene the characters are discussing that the month is March but leaves are falling all around them.

"The film's cast of Richard Widmark, Doris Day and Gig Young had been played on stage by Darren McGavin, Nancy Olson and Tom Ewell. But for a brief period, Ewell's part (the Gig Young movie role) of the ladies' man next door was actually played by late night talk show host, Johnny Carson."

"Kelly's pinnacle years at MGM came to a close with The Tunnel of Love, which was the final film in his contract. He had been looking for more opportunities to direct and new MGM chief (and Kelly fan) Benny Thau needed someone to tackle The Tunnel of Love, so it was a beneficial collaboration for both of them. But there were conditions. Thau stipulated that Kelly had to make the movie in black & white, using only one primary set, shoot it in just three weeks and for a cost of less than $500,000."

"Doris Day wrote that her manager/husband Martin Melcher was terribly concerned over the box-office failure of this film and It Happened to Jane (1959). Their failures caused Day to drop out of the Top Ten Box Office Stars. Day and Melcher had words about him hustling her into almost any film for the money instead of waiting to find good scripts that would have produced better results."

"In the scene when the women are on their bikes discussing the $1000 you can see leaves falling from the trees. However when the guys are inside, reference is made that the month is March."