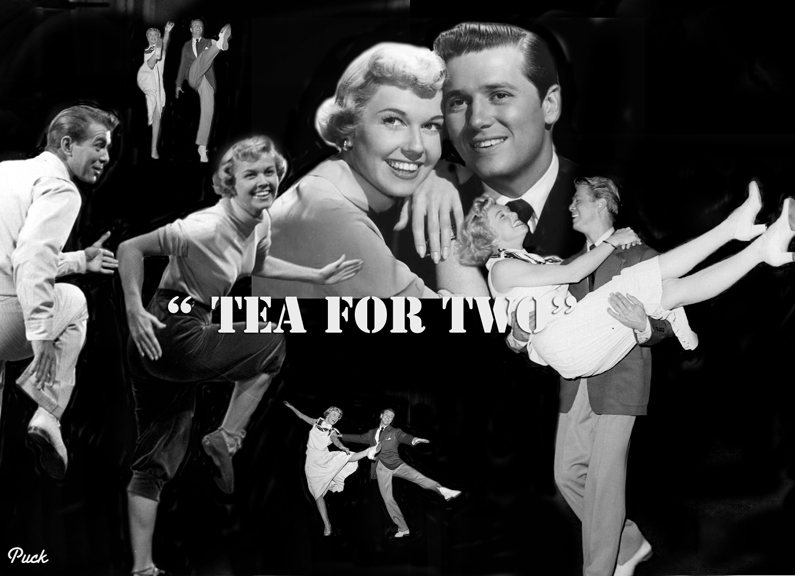 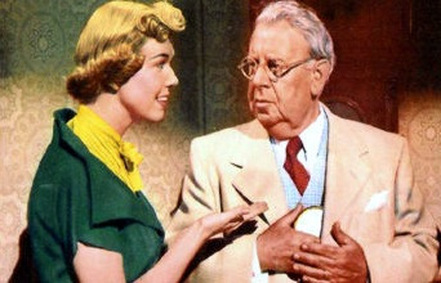 "The Warner Brothers financed the whole business and if they are interested in rolling up dividends in the future they ought to do something about getting Miss Day and Mr. MacRae together again. These two complement each other like peanut butter and jelly. Their duet of the title song is just wonderful and the same goes for the other tunes that they do singly and in tandem. Besides which, Miss Day can shuffle a graceful pair of legs." - New York Times Movie Review By BOSLEY CROWTHER Published: September 2, 1950

"It was my first movie with Gordon MacRae and Gene Nelson, two cheerful, amusing men, and with a funny, warmhearted man who was destined to become a close friend, the marvelous comic Billy De Wolfe. One day on the set, Billy announced that Doris Day was not suitable as a name for me and promptly christened me Clara Bixby, which is what a lot of my friends call me to this day. Billy said I was much more a Clara Bixby than a Doris Day and he was right." - Doris Day 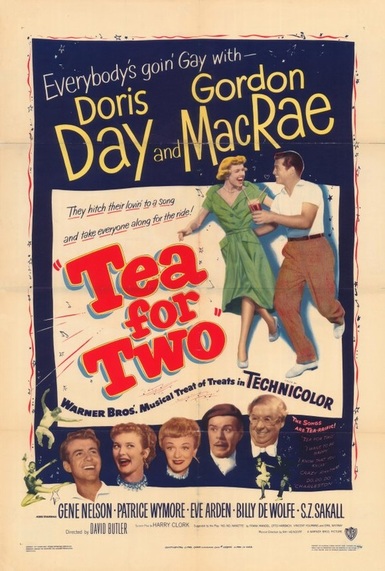 Directed by
David Butler
Produced by
William Jacobs
Written by
Harry Clork
Starring
Doris Day
Gordon MacRae
Gene Nelson
Eve Arden
Billy De Wolfe
Bill Goodwin
Virginia Gibson
S.Z. Sakall
Patrice Wymore
Music by
Vincent Youmans
Cinematography
Wilfred M. Cline
Editing
Irene Morra
Distributed by
Warner Bros.
Release date
September 2, 1950
Running time
98 minutes
Box-Office Gross (USA)
$4,800,000
Loosely based on the Broadway Show, “No No, Nanette”, this was the first of several films with co-star Gordon MacRae. Doris and Gordon became movie theater favorites. The soundtrack album of songs was a Top Ten album, and the title song got wide airplay. Gene Nelson appears in a second lead as he does in many of her films, but it is the first time Doris returns to her originally hoped for career, that of a dancer. She and Nelson are fun to watch in the dance sequences.

Set in the Roaring Twenties, the story centers on Nanette Carter (Doris), a Westchester socialite with show business aspirations. She offers to invest $25,000 in a Broadway show if her "boyfriend", producer Larry Blair (Billy DeWolfe), casts her in the starring role. What she doesn't realize is Larry is two-timing her with ingenue Beatrice Darcy, who he envisions as the lead. When he accepts Nanette's offer, she imposes upon her wealthy, penny-pinching uncle, J. Maxwell Bloomhaus (S.Z. Sakhall), to lend her the money.

He's willing to do so, on one condition - for the next 24 hours, his niece must answer "no" to every question she's asked. Comic complications ensue when the cast arrives at Nanette's estate to rehearse, and composer and pianist Jimmy Smith (Gordon MacRae), who has romantic designs on the girl, falls victim to the bet she's made with her uncle. Nanette wins, only to discover Uncle Max has lost all his money in the stock market crash. The only person still solvent is attorney William Early (Bill Goodwin), and Nanette's assistant Pauline Hastings (Eve Arden) sets out to charm him into backing the show.

Max's Lawyer: I made a fortune today. I sold short.
Max: Who did you sell short to?
Lawyer: You!

Larry: I've missed you baby. The flame is still burning!
Nanette: There's a fire extinguisher on the wall.

Max: My scotch it shrinks too.
Butler: Alcohol evaporates in the summer.
Max: In the Sahara desert that much couldn't evaporate.

"The film was the first in which Doris Day received top billing and marked the first time she danced on-screen." - IMDB (Internet Movie Database)

"Gene Nelson won the Golden Globe Award for New Star of the Year – Actor for his work on Tea for Two." - IMDB (Internet Movie Database)

"In this version of the Broadway musical 'No, No, Nanette', Eve Arden plays Pauline, but in the original 1940 version she played Kitty." - IMDB (Internet Movie Database)