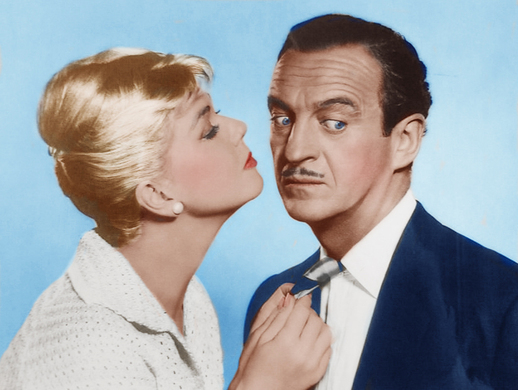 Please Don’t Eat The Daisies is a light and frothy comedy, and boff family fare. Pic is episodic – as was the book by Jean Kerr – a series of highly amusing incidents strung together by a rather loose story thread, but this circumstance doesn’t militate against interest. Charles Walters’ direction maintains terrific pace. - Variety

"Doris Day is completely natural and gives one on her best performances. Genuinely realistic in her scenes, it was difficult to tell if she was acting or whether she was actually 'Kate Mackay' in the real world." - Ralph McKnight

"David used to keep asking me why I'd hired him when there were so many better actors around so I said, 'Look, I'll tell you what I'll do. Every day I have to look at the rushes, and if you're any good I'll give you a quarter.' So every morning he used to hang around like a schoolboy waiting for his 25 cents and some days I wouldn't give it to him and then he'd act a bit better the next day. But I don't think he was very happy...and David seemed much more turned in on himself than he had been before." - Joe Pasternak 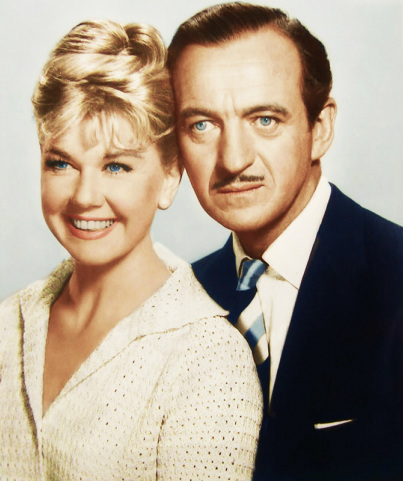 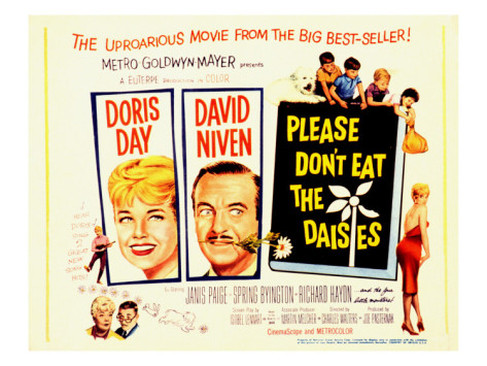 This film was based on Jean Kerr’s popular best selling book and co-starred David Niven as a drama critic. The movie was actually fun. The popular song culled from it was called “Any Way The Wind Blows”.

Based on the popular book by Jean Kerr, Please Don't Eat the Daisies is probably the best of Doris Day's 1960's comedies--and it finds her surprisingly paired with David Niven. While the two may seem an unlikely couple, they have  extremely good on-screen chemistry, and the film neatly balances its story between the two stars so that neither overshadows the other.

Day plays Kate MacKay, mother of four hellions and the long suffering wife of esoteric drama critic Larry MacKay (Niven.) With her husband under siege by every actor, director, and producer in town, Kate decides to move the family to a home in the country--and in the process leaves her husband open to the temptations of Broadway star Deborah Vaughn (Janis Paige.) Before too long, Larry's swelling  ego threatens their happy home.

Perhaps the best scene in the movie is the confrontation between Day and Niven when Niven learns that a friend has tricked Day into using one of his old college scripts for a church production. When Niven realizes what is happening, he  explodes and refuses to allow his play to be produced. Day lays into Niven for his insensitive and self-centered attitude--the result of his new-found celebrity as a New York drama critic. The exchange between them in the school  auditorium truly showcases the polished side of Day's dramatic talent. Please Don't Eat The Daisies is charming in a way films wouldn't dare be today. The dialogue is unnaturally whip-smart Neil-Simonesque, even when it's Day talking to one of her sons about the family pet. ("All he does is eat and sleep." "He's a dog. What d'ya want from him, blank verse?").  Many eccentric, wonderful, lovable, characters appear in and out of the story making this a must see movie for movie fans.

Kate: Just once in my life I'd like to get dressed without an audience.


Kate: Go ahead honey tell her what to do with her third act.


Kate: Well he's a dog. What do you want from him blank verse.


David: Maybe you should have lost 10 pounds.

Kate: You just took a pound of dear old mother!

"Any Way the Wind Blows" -  Performed by Doris Day
This  musical number , which Kate rehearses for the amateur show , had been written for the previous year's Doris Day movie, Pillow Talk (1959). The song title was even considered for the title of that film. But the song was left in limbo till this film was produced.

"I Concentrate on You"

"I've Got You Under My Skin"

"During an argument with her husband, Kate, played by Doris Day, facetiously claims that she had a "rendezvous with Rock Hudson." Day's previous film had been the very successful Pillow Talk (1959) which starred Hudson as her romantic interest. Day and Hudson would eventually become a famous, on-screen, romantic pairing and would appear in a total of three romantic comedies together. "

The Killing Floor (2007)
Title of movie seen in videostore towards the end of the movie.

"Fans of the TV series, My Three Sons (1960), will recognize Stanley Livingston, who played Chip Douglas on the sitcom. "Mack the Knife" fans, keep your eyes peeled: in an uncredited role, crooner Bobby Darin pops up briefly."


The television show Please Don't Eat the Daisies was based on this movie and ran from 1965-1967.