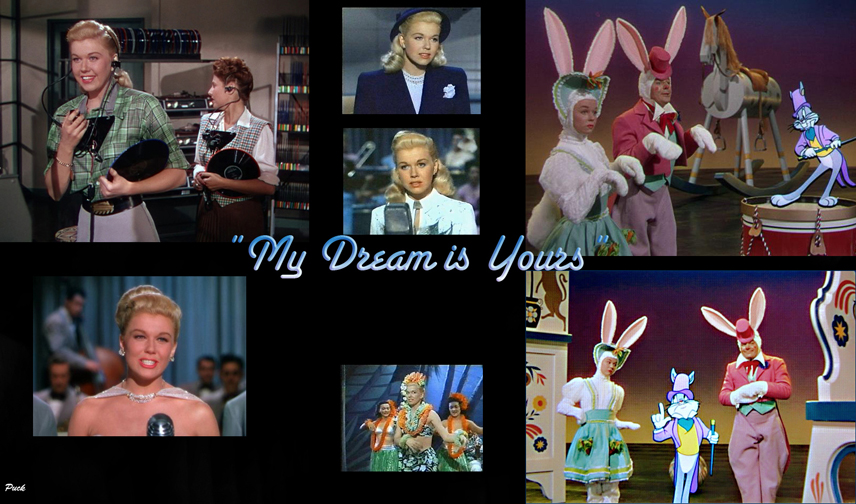 "Director Martin Scorsese would later cite My Dream Is Yours as a formative film experience in his book and documentary, A Personal Journey with Martin Scorsese Through American Movies: "My Dream Is Yours" had all the trappings of a Doris Day vehicle produced on the Warner Bros. assembly line. It seemed to be pure escapist fare. But the comedy had a bitter edge. You saw the performers' personal relationships turning sour and being sacrificed to their careers....The film makes you aware of how difficult, if not impossible, relationships are between creative people. It was a major influence on my own musical, New York, New York. I took that tormented romance and made it the very subject of the film." - Turner Classic Movies (tcm.com)


"This is a reasonably entertaining variant of the tired, old backstage musical, due chiefly to Doris Day's fresh and appealing personality and Jack Carson's glib and amiable buffoonery... Miss Day.. turns in another exuberant performance that will win the favor of audiences, she is becoming a marquee asset." - Film Bulletin 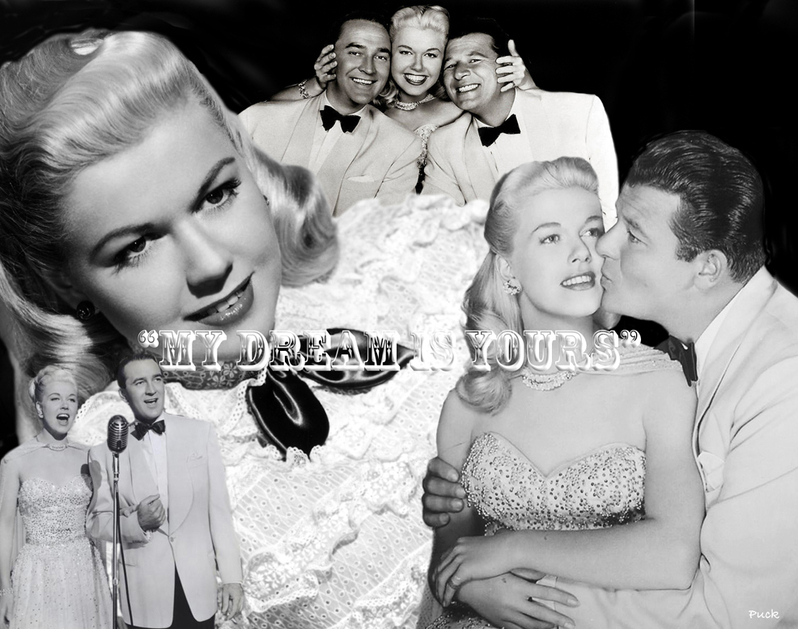 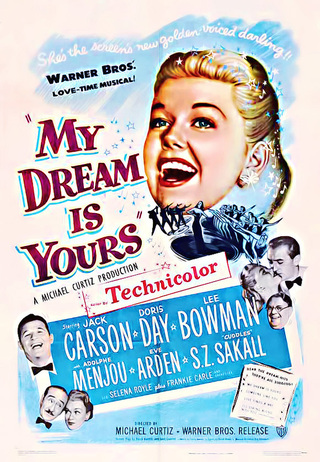 "Popular Los Angeles radio singer Gary Mitchell's refusal to sign another contract with Felix Hofer, the sponsor of the "Enchanted Hour," angers Doug Blake, his agent. Gary offers to take Doug with him to his new program as his secretary, but Doug vows to find a new "Gary Mitchell." Doug's boss, Thomas Hutchins, begs Doug to offer Gary anything he wishes in order to convince him to sign with Hofer, but Doug quits rather than comply. In New York, Doug searches everywhere for a replacement act and is about to give up when he hears Martha Gibson, a turntable operator for a jukebox service. For singing to Doug, rather than playing a record, Martha loses her job, and so misses Doug when he hurries to the station to sign her. After a few more misses, the two finally connect and set off for California, and Martha, a war widow, is forced to leave her young son Freddie behind with her uncle Charlie. In Los Angeles, Martha auditions for Hofer, who does not like her upbeat, jazzy singing, but Gary is attracted to her and invites her to lunch. Doug is still determined to make Martha a success. He persuades Vivian Martin, Hutchins' secretary to share her apartment with Martha and then tries unsuccessfully to find her a job.

Finally, Martha gets herself a job at a nightclub, but conditions there are so bad that she quits. Later Doug flies Freddie out to California, imposing yet another roommate on the irritated Vi. When Doug hears Martha singing to Freddie, he realizes that her strength is in ballads, not jazz. To get the money to audition her again, Doug sells Vi's car and arranges for Martha to sing on the radio. His efforts are wasted, however, when Hofer fails to listen to the performance. Later, Gary invites Martha to a party which is attended by agents and sponsors. Doug sneaks in and arranges for Martha to sing, but Gary picks a fight with him, and again Martha loses the opportunity to perform. One night, a drunken Gary misses his broadcast, and Martha replaces him. This time Hofer loves her singing and fires Gary. Afterward, Martha tries to find Gary, with whom she is in love, but he has disappeared on a binge.

One night, after reading a bedtime story to Freddie, Doug proposes to Martha, who turns him down because she is still in love with Gary. After Gary returns, Doug begs Hutchins to take him back as a client, and when Hutchins refuses, arranges for him to sing at the Cocoanut Grove nightclub. He is so nervous that Martha joins him and helps him successfully complete his performance. At the end, however, Martha realizes that while Gary is selfish and egotistical, Doug is generous and loving, and she reveals that she returns Doug's love." - TCM

Title song was a minor hit. Other popular songs from the movie included: “Someone Like You”, “I’ll String Along With You” and a gigantic jukebox hit, “Canadian Capers (Cuttin’ Capers)”.

Doris's second film is a remake of a 1934 flick starring Dick Powell called "Twenty Million Sweethearts".  In the earlier film,  waiter Powell became a crooning idol. In the remake it is Doris Day who is catapulted to stardom.


Doug Blake: Could I have her name and address, please?
Sourpuss Manager: We can't give out that information. This is a music company. Not a lonely hearts club.

Grimes: No, look, you got me wrong, Little Red Riding Hood. I ain't no wolf.
Martha Gibson: Okay, but I'd hate to meet you in a forest on a dark night.

The novelty song "Tick, Tick, Tick" that Doris Day's character sings for her first audition was written to take advantage of the publicity surrounding the atomic clock which had just been invented. This clock, now even more precise, is now the standard to which all clocks in the US are set.  - IMDB (Internet Movie Database)